Embedded in the heart of the Condroz-Liège, the town Modave is crossed by the picturesque Hoyoux valley and its little tributaries. Although located in a rural area, it is close to several urban centres such as the town of Huy. Its territory consists of a succession of valleys and crests (woody ridges) in a tree-lined landscape sprinkled with remarkable châteaux and farms.

Modave shares the Hoyoux valley with Marchin and develops both along the watercourse and the wooded slopes.

Worth visiting are the hamlets of Outrelouxhe (the walk along the Fond d’Oxhe stream); Strée, its château, its church, an old Templar farm and a spring around the village on the road between Huy and Ouffet, the famous Route 66.

Vierset-Barse and its château surrounded by a moat, Limet and the Chapel of St. Peter, and its Roman chancel which is of real interest (12th century).

The Royseux castle-farm in the valley along the RAVeL is a must-see, along with Barse and its mill on the Hoyoux.

As for Pont-de-Bonne, it is a commercial crossroads, the junction linking the valley to the various villages in the Condroz-Huy area, also known for its iron age settlement.

A wonderful 17th century château on a rocky outcrop. Inside the château, each of the twenty or so rooms to visit are lavishly decorated and furnished. 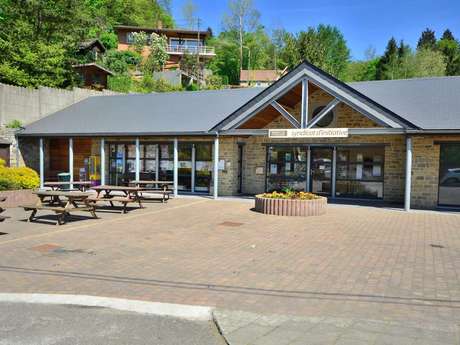 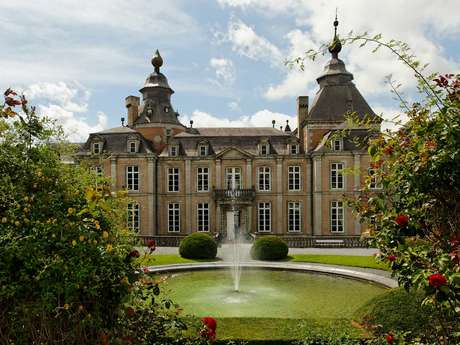 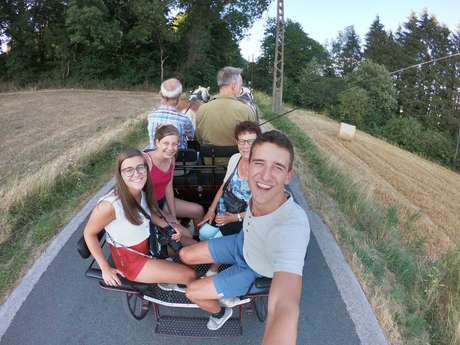